After writing about Byron Janis’ recording and Shostakovitch String Quartets on Newton Classics, MusicWeb International reviewed four of our less recent recordings. You can read excerpts from the reviews below and buy the albums in a couple of clicks! 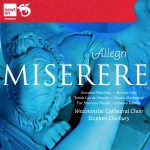 “I suppose the biggest surprise [in this recording] might be the happy inclusion of Cavalli’s Salve Regina for men’s voices which is, for me, one of the highlights – both the setting itself and its sensitive execution. (…) If you are coming reasonably new to the music of the high renaissance then this disc is a really good place to start” By Gary Higginson

Respighi’s works by the London Symphony Orchestra under Antal Doráti

“It is good that the Newton Classics label is reissuing classic recordings from the extensive back catalogue of EMI, Decca, DG and Mercury. It’s a while since I heard the orchestral scores of Respighi and I was delighted to have this double disc set from Newton Classics that contains the more famous works from his legacy. (…) This Newton Classics release is almost perfect for anyone wanting a double set of Respighi’s best known scores. In addition the super budget price makes this a real bargain.” By Michael Cookson 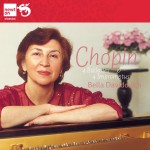 “There are good things on this mid-price disc. The “Fantaisie-impromptu” is given an outstanding reading, fresh and stirringly emotive. The first impromptu opens stiffly but ends well, and the momentum carries over into a powerfully hewn second impromptu, the central section of which rings out clear and emphatic. (…) The sound quality, for what it’s worth, is very fine, though the piano has a tendency to clang about at its loudest. (…) acclaim there certainly is.” By Brian Reinhart

“The four arias from three Wagner operas are best of all; the steely quality and sense of ecstasy engendered by the flicker in her vibrato lend them the same febrile intensity she brought to her Sieglinde in the complete recording but there is more than a suspicion of uncertain intonation in the quieter, slower sections of “Dich, teure Halle”. Her concluding top B, however, is thrilling. The conducting of Rudolf Moralt – who was in charge of the first, excellent and complete post-war recording of the “Ring” in 1949 – is sprung and alert; the mono sound acceptable and undistorted. (…) Brouwenstjin fans who have more of a taste for her voice will want this new issue from Newton, as she did not make that many recordings.”  By Ralph Moore

This entry was posted in Uncategorized. Bookmark the permalink.